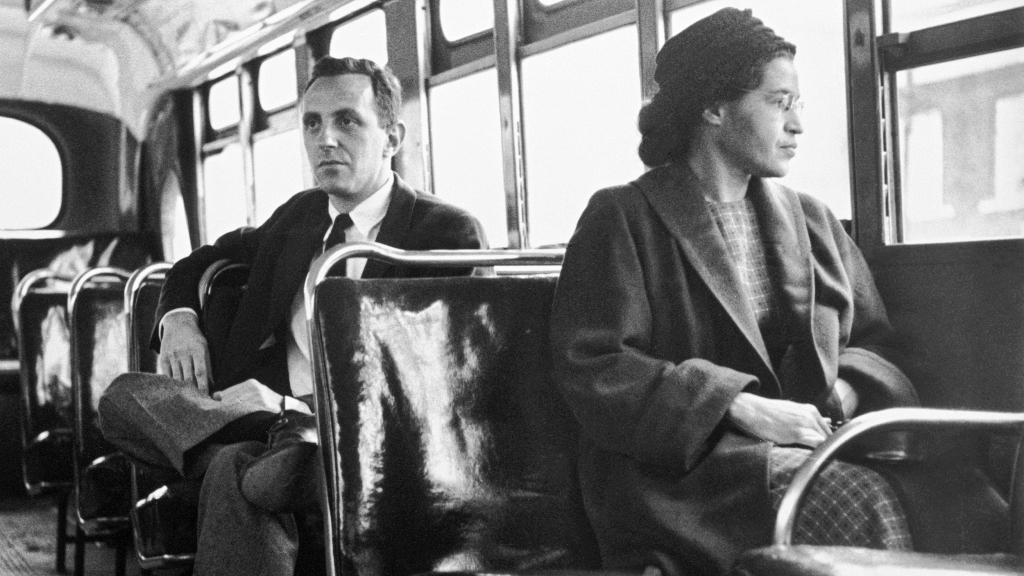 Someone Great To Talk About: Rosa Parks

Rosa Parks may not be known to everyone. But the people who know her, know the efforts she put in to make the world an equal place to live in where there would be no difference between dark skinned people and fair skinned people, so that everyone would live in a fair and happy place. And the people who don’t know who she is don’t worry, I will tell you why she is a role model for so many girls around the world.

I found Rosa Park’s name mentioned in a book named ‘Bedtime stories For Rebel Girls’. Her story was very inspiring. It highlighted the situation in her life which made her so famous. I am going to narrate for you this incident so that even you get inspired and touched and see how huge the problem of racism is.

It was getting late at night. Rosa had finished her work and was coming home in the local bus. At that time Africa was ruled by the whites or the English people. The dark skinned people were treated harshly. As Rosa climbed inside the bus she noticed that the bus was almost empty, so she sat in the first seat. At the next stop a bus attendant came with some English people, Rosa saw them but she did not pay any attention to them. The bus attendant told her kindly, “Madam, you are sitting on the first seat, the first seat is reserved for the whites.” Rosa calmly looked at the bus attendant straight in the eye and said, “Sir, I refuse to move as I sat here and I have all the rights to continue to sit here.”

Rosa spent that night in jail but overnight she became famous for voicing her rights against the Britishers, while the Britishers were still smarting from this insult.

This is the true spirit of a rebel, to go against injustice and to fight for equal rights.

18 thoughts on “Someone Great To Talk About: Rosa Parks”